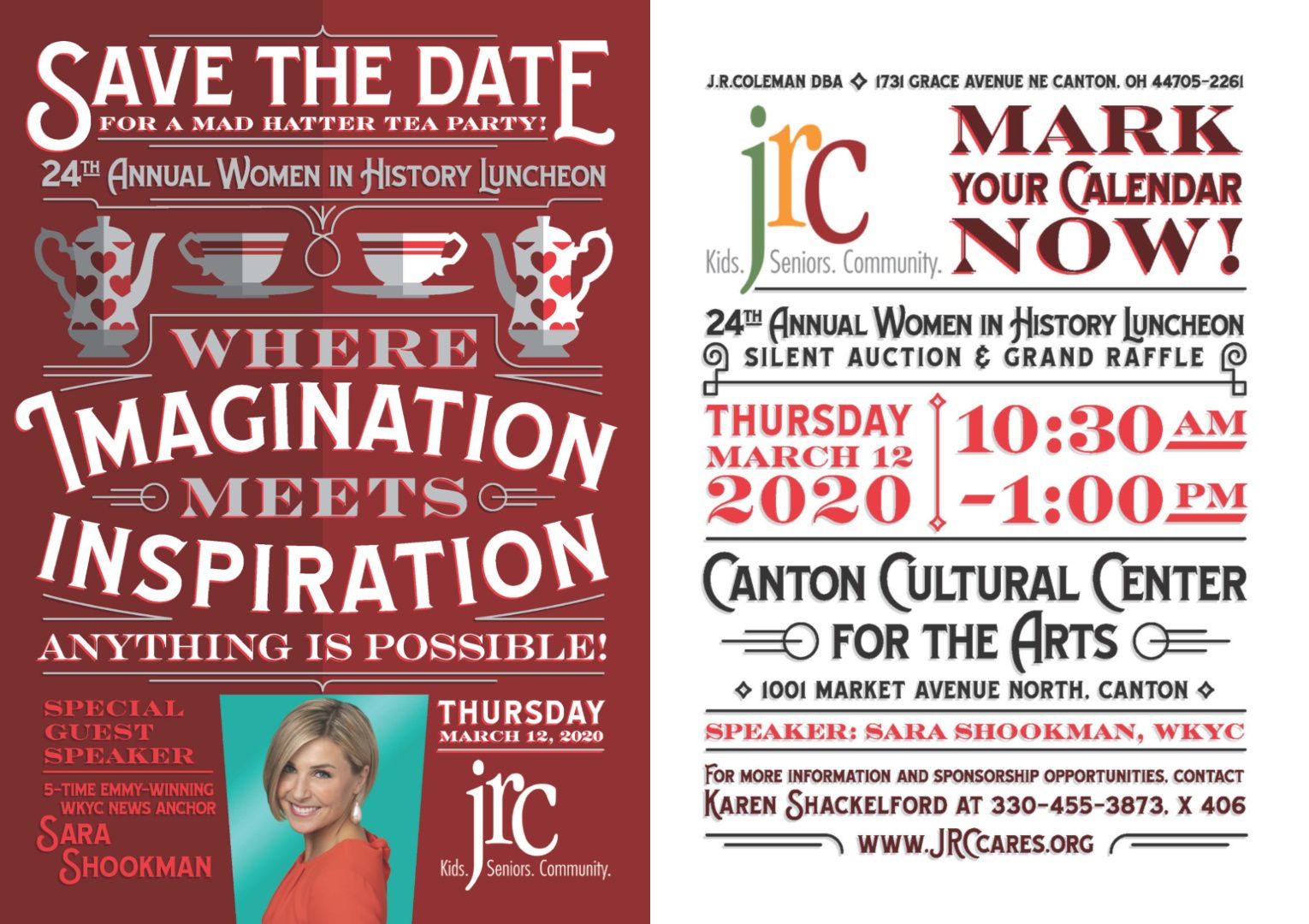 THANK YOU TO OUR SPONSORS!

You won't want to miss all the delightful surprises at the 24th Annual JRC Women in History Luncheon, "A Mad Hatter Tea Party-Where Imagination Meets Inspiration, Anything Is Possible" on March 12, 2020, at the Cultural Center for the Arts! Doors open at 10:30 am and the program will begin at noon. The silent auction will have lots of fabulous items on which to bid within the following categories: Home; Women; Men; Jewelry and Children.